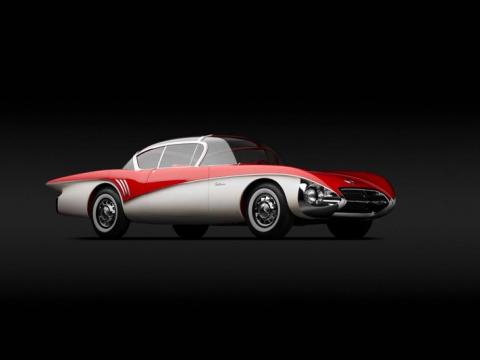 Wow.  I have never seen a car like this!

Note that there are no mirrors.  There is a camera mounted in the rear -- look for it -- that broadcast a rear view to a screen on the dash.

At the 1956 Motorama GM introduced a host of new concepts, some of which became classics. Perhaps the best known of these is the Buick Centurion, a radical four-seat sports sedan intended to preview a near-future Buick. The car was the dream child of Harley Earl, the legendary Vice President of Design. To assist him he brought in a young designer whose work had caught his eye over at the truck division, Charles ‘Chuck’ Jordan.

The Centurion featured a fibreglass body, sculpted to seem part rocket, part jet fighter. The sweeping side treatment of the two-tone paint made helped define the car as a Buick, but everything else was new. The front end sloped dramatically downward in contrast to the more upright GM products of the day, and joined the bumper in an integrated composition, foreshadowing front end treatments of a generation later. The grille was a relatively simple affair, shaped somewhat like the then-current Corvette’s, with a simple horizontal chrome bar for ornamentation. Flanking the grille were the headlights, set deeply in nacelles that were an extension of the body. The whole composition formed a scowling shark-like face that would preview the aggressive look of the Buicks at the end of the 1950s. 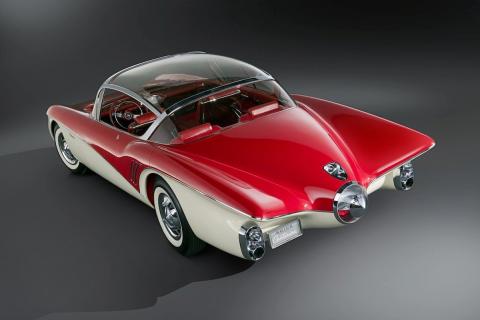 From the side, the familiar Buick ‘sweepspear’ united the front headlights and the body then swept under the passenger compartment, over the rear wheels and terminated in the dramatic flowing tailfins. The two-tone paint with its brilliant red-over-white treatment, made the car appear lighter, especially with the whitewall tires. The glasshouse was just that – a glass canopy roof, the fantasy cockpit that was the dream of every jet fighter-inspired designer of the 1950s.
At the rear of the Centurion were the dramatic tailfins, curving horizontal wings that dipped down to meet a single conical ‘Dagmar’ that contained brake and back-up lights. Above this, integrated into the body, was a back-up camera which replaced all the mirrors in the car. This horizontal treatment of the tailfins was unique for the time and in a sense were not fins but wings, reinforcing the aircraft imagery of the car. Whatever you want to call them, they were among the most elegant and refined version of this design trend ever created, and previewed the forthcoming 1959 Chevrolets and Buicks. The interior was accessed through traditional doors with glazing integrated into the glass canopy. The front seats would automatically retract to allow for ease of entry. Once seated, passengers and driver could both marvel at the minimal composition of the instrument panel. The mirror screen was located in the center of the IP, while an enormous chrome nacelle projected outward, containing transmission and environmental controls. The steering column originally cantilevered off of this nacelle, although that was later altered. Chrome trim pieces descended from the nacelle under the IP and framed the top of the passenger floorboard area. The whole assembly was a glamourized version of the fighter jet cockpit – more Palm Springs than Edwards Lake in character. 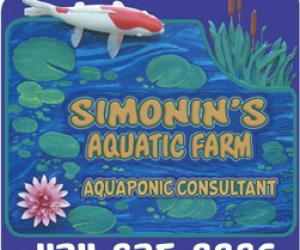 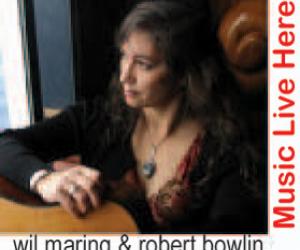